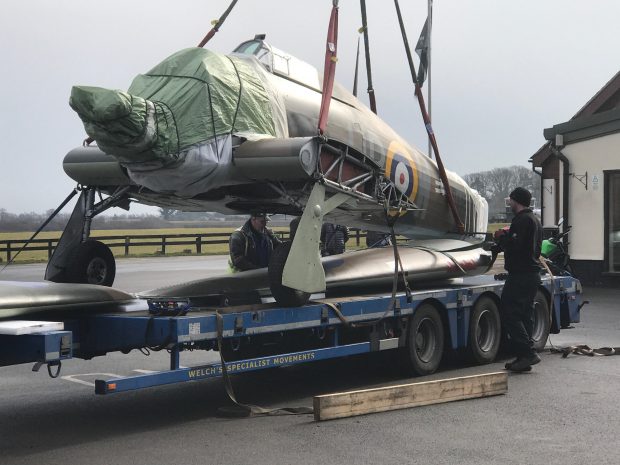 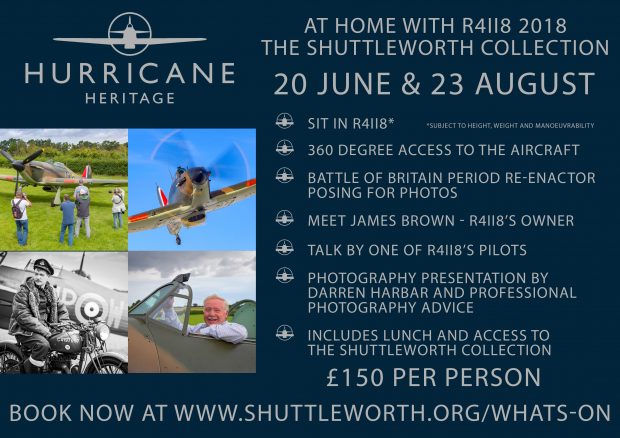 After hugely successful photography days in 2016 and 2017, we’re delighted to announce two dates for the 2018 season: 20th June and 23rd August.

In association with our good friends at The Shuttleworth Collection, and renowned aviation photographer Darren Harbar, this is a fantastic opportunity to get really close to R4118, meet our crew and sit in this historic aeroplane.  What’s more, Darren will guide you through how to get the very best photos of R4118, and we’ve even got a re-enactor coming along to help you capture some dynamic “Battle of Britain” shots.

We’ve arranged a discount for “Friends of R4118” and tickets can be booked by clicking on the links below: 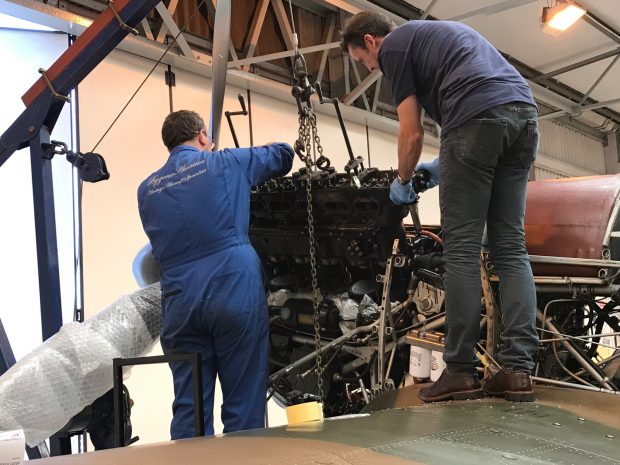 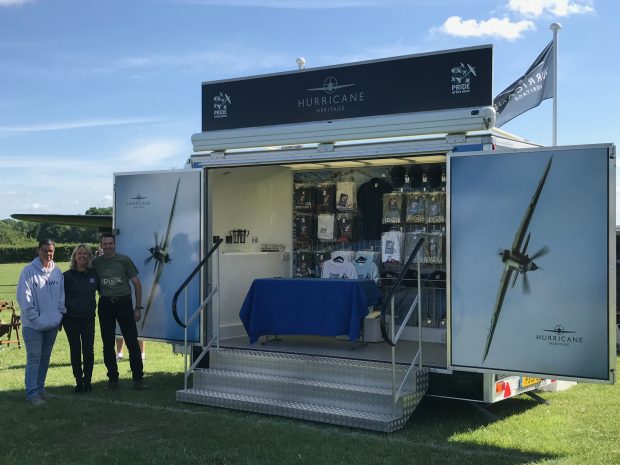 We’re delighted to announce a new partnership between Hurricane Heritage and aviation merchandise experts – “Pride of the Skies“.  The Pride of the Skies team specialise in providing high-quality, officially-licensed merchandise for a number of civilian and military display teams, including the BBMF and the Typhoon team, so we’re excited that Hurricane Heritage joins this illustrious group.

Pride of the Skies will have a merchandise stand at all of the major airshows this season, starting with The Shuttleworth Military Pageant on 2nd July, and Flying Legends on 8th / 9th July.

A proportion of every sale of Hurricane Heritage merchandise goes directly to support the maintenance of R4118, so please go along and visit the Pride of the Skies stand at an airshow this summer, or visit their website 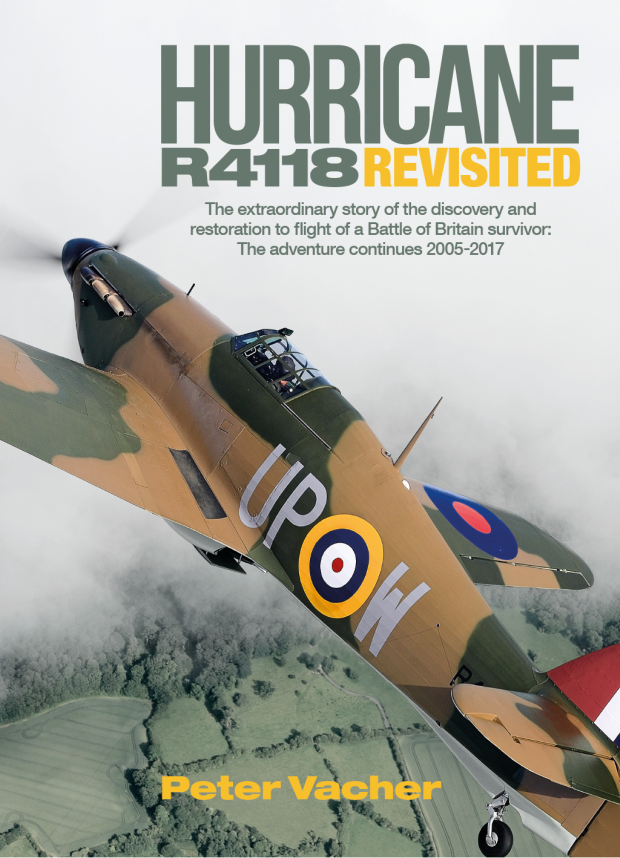 We’re delighted to be amongst the first to announce that Peter Vacher has revised and updated his classic account of the discovery and restoration of our Hawker Hurricane Mk1 – R4118.

The book goes to press today and we’re looking forward to stocking it in our online shop very soon.  We’ll provide updates as soon as we have stock! 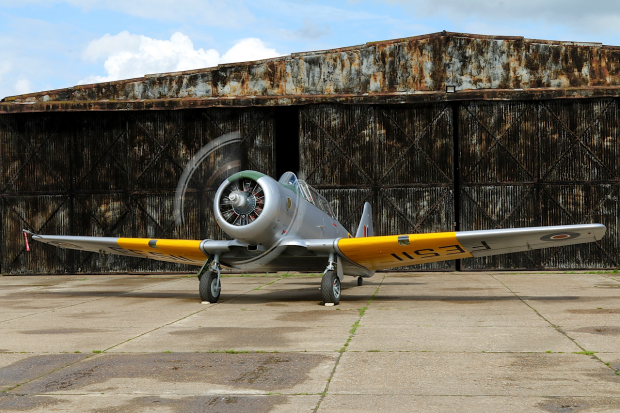 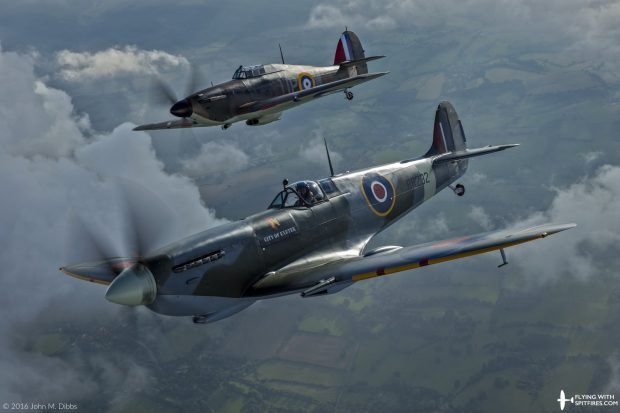 Along with our friends at “Flying with Spitfires”, we’re delighted to announce additional availability for a unique “Battle of Britain” experience this summer.

Fly in a helicopter alongside history’s most famous pair of fighter aircraft: the iconic Spitfire and mighty Mk1 Hurricane, R4118, from a former Battle of Britain airfield.

Experience the majesty of the Hawker Hurricane and Supermarine Spitfire in-flight, and witness a sequence of carefully choreographed manoeuvres performed by some of Britain’s most talented and experienced pilots.

Flying from Goodwood Aerodrome (formerly RAF Westhampnett) your route takes you past the site of famous Battle of Britain airfield RAF Tangmere before heading towards Selsey and Thorney Island, former home of RAF Coastal Command.

The flight lasts for about 20 minutes, of which approximately 15 minutes will be alongside the Spitfire and Hurricane.

Availability is limited, so click here to reserve your seat. 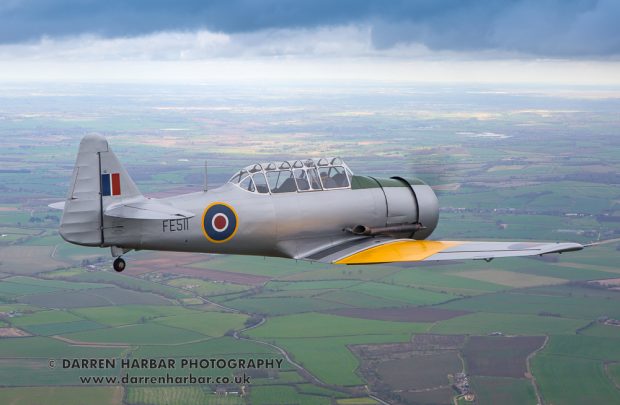 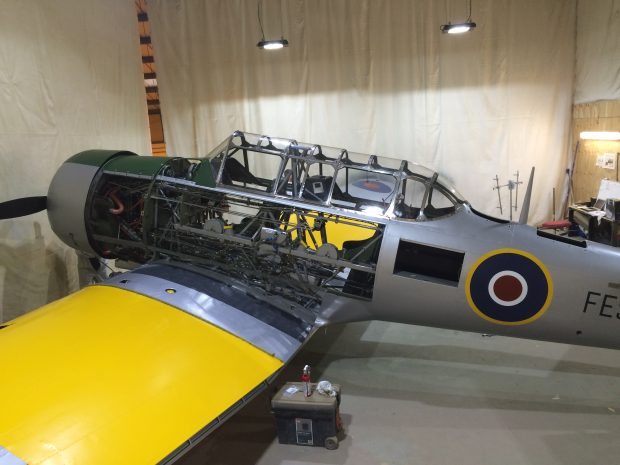 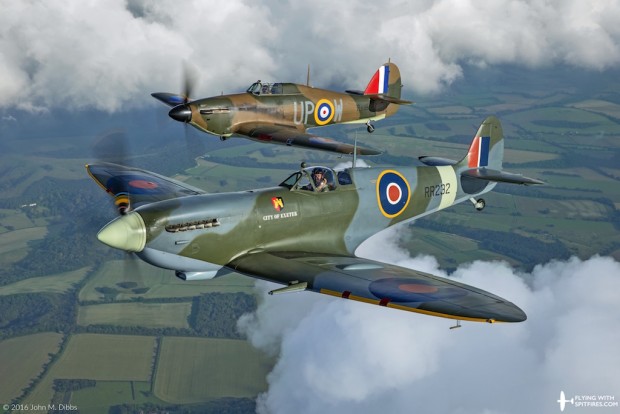 Experiencing R4118 from the ground is one thing, but absolutely nothing beats flying alongside her and seeing this Battle of Britain veteran in her element.

For the 2017 season, we’re delighted to have teamed up with the “Flying With Spitfires” team to offer customers the chance to fly alongside both R4118, as well as their MkIX Spitfire: RR232

We’ll be adding various dates throughout the year, but the first of these will take place on 30th July.  Places are limited though, so book your seat here. 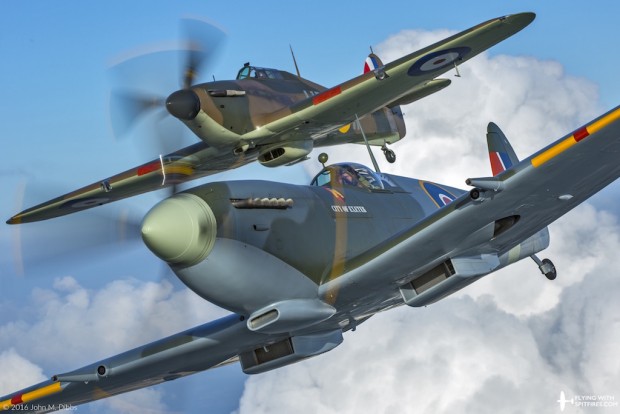 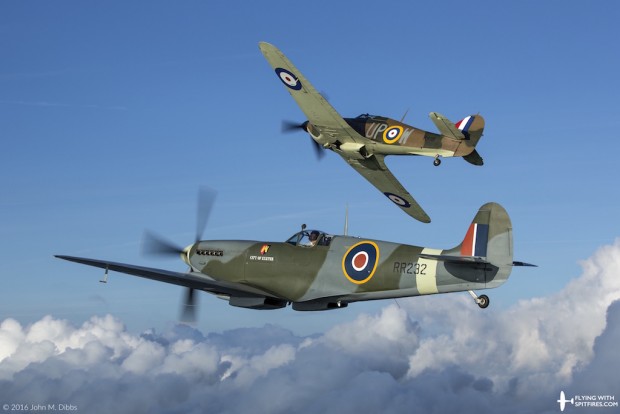